Everytime you encode a video file with a distribution oriented codec like H.264, HEVC, VP9, or AV1, you choose a bitrate control mechanism that controls bitrate, overall quality, transient quality, and encoding cost. Examples of common rate control modes include CBR, VBR, CRF, and Capped CRF. This article discusses how these options work, their strengths and weaknesses, and how and when to implement them.

The first two modes discussed, constant bitrate encoding and variable bit rate encoding, are available in virtually every encoder for every distribution-oriented codec. The second two, Constant Rate Factor, and Capped Constant Rate Factor, are available in FFmpeg for x264, x265, libvpx-VP9, and libaom-AV1, though I’ll exclusively discuss x264 in this article.

I’m going to refer to three files during this discussion.

By way of background, whenever you encode a video file for distribution (as opposed to archiving, or uploading for transcoding) you should consider five factors: compatibility, overall quality, transient quality, deliverability, and quality. Here’s a brief description.

Finally, in FFmpeg, and most encoding tools that deploy the x264 and x265 codecs, there are three switches that control the bitrate. These are:

As the name suggests, when you encode with constant bitrate encoding, you use a constant bitrate over the entire file, irrespective of the complexity of the scenes in the video file. When encoding with FFmpeg, you implement CBR by using the same data rate for b:v, maxrate, and bufsize, as follows.

In the test file, which alternates 30 seconds of talking head and thirty seconds of ballet, the CBR encoded file looks like Figure 1 (in Bitrate Viewer). If you look hard enough, you can just see the wavy blue line that tracks the average bitrate hovering right around the 5000k bitrate line.

On the right, you see that the average bitrate is 4938 kbps and the peak bitrate 6013 kbps, about 20% higher. With most software encoders, CBR isn’t a flat line, but it’s certainly less variable than the other control techniques shown below.

We’ll review the quality implications of CBR encoding in a moment.

From a deliverability perspective, the advantage of CBR is clear.

If you’re delivering live video into the cloud over a fixed bitrate connection or video to a constrained connection to a remote viewer, the lack of variability in the stream helps ensure against interruptions. CBR is also a single-pass technique, which means it’s cheaper than variable bitrate encoding discussed next.

Figure 2 shows the bitrate profile of the test file encoded using 200% constrained VBR. The data rate clearly fluctuates between the alternating low-motion talking head sequence and the higher-motion ballet. Though the average bitrate is similar to CBR (5041 kbps compared to 4938 kbps), the maximum bitrate is significantly higher (11137 kbps compared to 6013 kbps ). The 150% constrained VBR clip has a similar average (5036 kbps) and a 20% lower peak bitrate (9090 kbps).

Obviously, from a deliverability perspective, VBR is more challenging but this only matters with constrained connections close to the streaming bitrate. If you’re delivering 5000 kbps 1080p video to viewers in the US, Europe, and Scandinavia with 50 mbps and higher connection speeds, you probably won’t experience any issues. If it’s 40 mbps 8K video to the same regions, 200% constrained VBR starts to feel a bit scary. Of course, if it’s 500 kbps 200% constrained VBR video over a 3G connection, CBR (or 110% constrained VBR) sounds a lot better.

What are the quality implications of all this?

In the figure, you see the Show frame button on the lower right. In this clip, which is encoded using fairly conservative encoding parameters, the difference between the CBR and VBR frames was almost unnoticeable, particularly since the most significant deltas were only one or two frames in duration.

With other clips, encoded with a lower bitrate, the transient issues might be more noticeable. It’s the potential for these transient issues that convinced most VOD producers to use VBR rather than CBR, particularly for 1080p video distributed to high-bandwidth viewers.

Interestingly, Apple endorses 200% constrained VBR in their HLS Authoring Specifications, which states “1.30. For VOD content, the peak bit rate SHOULD be no more than 200% of the average bit rate.” That said, whether 200% constrained VBR is appropriate for high-frame rate 8K content, which might require 40 mbps to achieve acceptable quality, remains to be seen.

To summarize up till now, CBR wins for cost and deliverability while VBR edges CBR overall in quality. However, the risk of transient quality issues is very real with CBR.

With CBR and VBR you choose a target bitrate and the encoder adjusts quality to meet that bitrate. The problem with this approach is that if you’re using the same encoding ladder for all of your video clips, you waste a lot of unnecessary bandwidth with easy-to-encode clips like our talking head clip.

Figure 4 shows the talking head clip encoded at 200% constrained VBR with a 5 mbps target, same as our football clips. The average and peak bitrates are inline with the football clip above, but the VMAF score is 97.61.

Studies show that VMAF values in excess of 93 aren’t perceivable by viewers which is why I recommend that producers target a VMAF score of 95 for the top of the ladder clip. As you’ll see below, with this clip, you could reduce the bitrate by at least 60% and still hit that 95 target.

So, again, when encoding with CBR and VBR the encoder adjusts the quality as needed to hit the target bitrate. In contrast, with CRF encoding, a single-pass encoding mode, you choose a quality target and the encoder adjusts the bitrate to achieve that quality level. CRF values range from 0 to 51, with lower numbers delivering higher quality scores. Encoding with CRF and FFmpeg looks like this:

CRF encoding works well for archiving or for producing mezzanine files for upload and transcoding. However, it’s suboptimal from a deliverability perspective because you don’t know the data rate that you’ll produce until you encode the file.

How do you harvest available bandwidth savings while ensuring a reasonable data rate limit? By combining CRF with a data rate cap, or Capped CRF.

As the name suggests, with capped CRF, you combine a CRF value with a data rate cap. The relevant portion of the command string would look like this.

With the alternating talking head and ballet test clip, this command string produced the result shown in Figure 5. Again, while the max rate isn’t a flat line the ballet GOPs are very closely aligned to the 5000 kbps line and the peak bitrate is 6302. In operation, the encoder used the CRF value to encode the talking head region and applied the cap in the ballet regions.

How does this compare to 200% constrained VBR?

The 200% constrained VBR encode produced a mean VMAF of 97.30 (and a data rate of 5041). So, the capped CRF encode saved about 30% of the bandwidth and produced a VMAF of 96.55, which would be visually indistinguishable. However, as you see, there is significant bitrate variability, which could hinder deliverability using constrained connections.

In a high motion clip, like the football test clip, there are many regions in the clip where the CRF value produces a data rate higher than the cap. In these regions, the cap controls the bitrate, not the CRF value. In these cases, capped CRF won’t save much bandwidth because there are few regions where the encoder can produce the specified quality without exceeding the cap.

You see this in Table 2 which shows bitrate data and VMAF scores for the Football clip encoded using 200% constrained VBR and Capped CRF (CRF 22/5 mbps cap). The average bitrate is about the same, though the capped CRF clip has a much lower peak. Average VMAF scores are also very similar.

As with CBR, the major delta is in the low-frame VMAF, the indicator of transient quality issues. Figure 6 shows the comparison Result Plot from VQMT; again, when looking at the frames at the sites of the major stalactites, I saw no observable difference.

However, where CBR only enhances deliverability, capped CRF does this and saves bandwidth on easier-to-encode files. In essence, this makes capped CRF a per-title encoding technology that you can implement with almost all encoding tools, live and VOD, that are based on FFmpeg.

Again, CRF and capped CRF aren’t available for all encoders and all codecs; so if you’re using a third-party encoder not based upon FFmpeg and not using the x264, x265, libvpx-VP9, or libaom-AV1 codecs, they may not be available.

Table 3 summaries the strengths and weaknesses of the four encoding methods discussed. 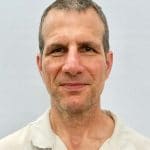