Adhering to the brand’s corporate philosophy, the podcast offers listeners insightful stories of experienced minds from across different walks of life.

Sony Pictures Networks India is the first major Indian broadcast company to venture into audio streaming with the ‘Go-Beyond Podcast’. The specially curated podcast celebrates individuals who have been exemplary in dealing with the cards that life dealt them.

Launched in SPN’s 25th year anniversary month, so far this podcast has featured eleven eminent guests from different walks of life. The guest line-up ahead is just as exciting and varied. The podcast capsules are a conversational amalgam of laughter, wit, insights, and inspiration.

Over the last twenty-five years, Sony Pictures Networks India (SPN) has played a pivotal role in shaping India’s entertainment ecosystem. Addressing the needs of an ever-evolving audience, the brand has crafted genre traversing experiences, adding a host of pioneering firsts to its credit.

The Go-Beyond’ podcast is not just a value add to SPN’s diverse content bouquet, but also enables the brand to foray into a segment that is surging in India with more people opting for digital audio streaming. According to a PWC Report India is the third-largest podcast market,

after China and the US and is estimated to reach 17.61 million listeners by 2023.

“As the digital audio craze continues to explode, ‘The Go-Beyond Podcast’ creates deeper engagement with audiences by bringing to the fore real-life stories and insights of achievers who braved small or big limitations to resonate with success. SPN has a pioneering history of creating compelling content across formats and platforms, and the Go-Beyond Podcast is our endeavour to both inspire and entertain a global listener-base.”

The Go-Beyond Podcast has listeners across global platforms. To listen to the podcast, you can log on to www.sonypicturesnetworks.com/podcast or listen on:

The network is recognized as an employer of choice within and outside the media industry. SPN is a recipient of several awards,

including India’s Best Companies to Work For 2020 by the Great Place to Work® Institute, India, ‘Aon Best Employers India’ awards in recognition of SPN’s unique workplace culture and exceptional people practices, consistently ranking amongst India’s Top 10 Companies with Best Health & Wellness Practices by SHRM & CGP Partners and listed by Working Mother & AVTAR as one of the 100 Best Companies for Women in India.

Related:  SPICEJET Flyers can now Enjoy a Dolby Atmos Experience 38,000ft up in the sky

In this podcast, guests talk about their fascinating journeys, legacy, passion, vision, and constant drive to always Go-Beyond, sharing their extraordinary stories to listeners from across the world. 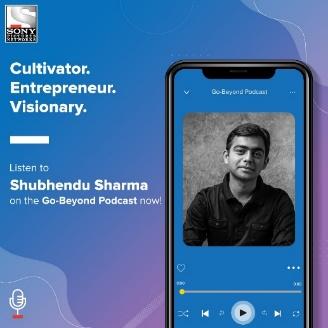 been responsible for planting many forests. With success stories

in challenging terrains such as the deserts of Rajasthan and Leh, Shubhendu is on a mission to reclaim the world’s lost native forests. He may not be Mr. Universe, but he can certainly be anointed Captain Planet.

of talents galore. Subjects related to history, music, art, and culture are close to his heart. In this captivating episode, he paints a picture of his journey rummaging through the hidden pages of India’s history books and talks about his endeavours to illuminate the lives of some of India’s forgotten names cast away in the bins of time.

Samit Basu (novelist and filmmaker), at the age of 23-years, chose

to become a writer, letting his life’s experiences shape his characters and the stories he’s weaved before us. Going beyond the veil of ink and paper, Samit takes us through his creative process, his challenges, and the road to triumph as a writer. 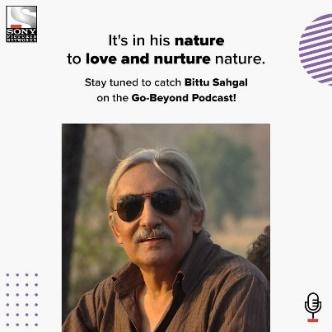 Bittu Sahgal (Environmental Activist and founder of Sanctuary Nature Foundation) went on to pioneer one of India’s oldest wildlife magazines for kids and took it upon himself to champion wildlife conservation.

Sumanto Chattopadhyay (chairman & chief creative officer of 82.5 Communications, Ogilvy Group) a.k.a. The English Nut! In his episode shares his knowledge and mastery of the English language. Walking us through the tightrope of linguistic finesse. 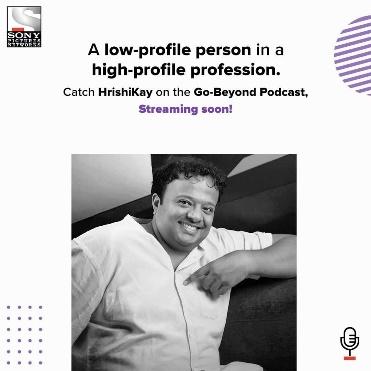 HrishiKay (Producer, Presenter and Award-winning podcast and radio show host) has more titles and accolades to his name than one could count. In his episode, the man of many talents manifests as the man of many experiences as he reminisces his time as a rising tennis star, his journey to the mic and his life as a family man. 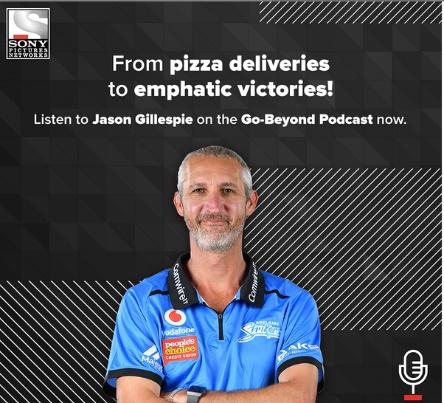 Jason Gillespie (Australia’s first male indigenous test cricketer with over 300 Caps for his country and 2 ICC Cricket World Cups in his trophy cabinet) – From being a part of an all-star Australian Cricket team to mentoring and nurturing the sport stars of the future, Jason Gillespie’s legacy is unmatched. In this podcast he speaks about his journey from delivering pizzas on Friday nights to delivering countless trophies for his country and his plans. He also mentions that he did media studies in high school, and particularly found the radio side of things interesting, if he wasn’t a cricketer, he would’ve probably tried to find a way into some media industry. 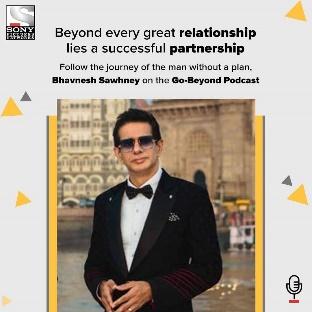 Bhavnesh Sawhney (Wedding Planner) unveils a side of him in the podcast that’s intricately thoughtful, appreciative, and optimistic. He also talks about how he discovered his passion and turned it into rewarding professional venture.

Ash Chandler (multitalented – actor, singer, comedian, composer, show host) spills the beans on unexpected moments from his life. He recalls his bike accident in Goa and how he fought the battle of coming through the surgery and makes us realise moments that can make us question and prioritize our purpose and actions.  And of course, he created a Go-Beyond anthem especially for our show! 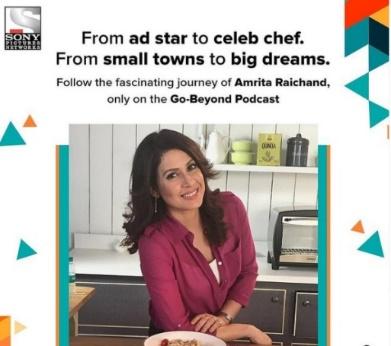 Amrita Raichand (actress and celebrity chef who was voted as

the top seven cooking show hostesses around the globe by the Malaysian Tatler for her show ‘Mummy ka Magic) has donned many hats, the latest one being that of a celebrity chef. In her episode, she talks about her humble beginnings in a small town to chasing big dreams in maximum city.

N.P. Singh (MD and CEO -SPN) and Ashok Nambissan (General Counsel, SPN): The first episode is an interesting and insightful conversation between two industry stalwarts who are also great friends. Nambissan goes back in time and starts his conversation by asking Singh about his journey in the industry and what made him shift industries in the first place to join Sony Pictures Network back in 1999.