Gokul combines business savvy and strong engineering skills as the CEO and Co-Founder of Argoid. In the past, he has worked at Flipkart, Goldman Sachs, Huawei, Honeywell and has made fundamental contributions to Hadoop and Kafka.

While OTT (over-the-top) media may be a buzzword right now, it has been around for some time. However, as the world was forced under quarantine, OTT platforms became a heaven-sent blessing for people of all ages. For some, it was an escape from the stark reality of the events surrounding us, while for others, it was a link to normalcy. But as the restrictions imposed due to the pandemic begin to wane, we decided to review the shift in OTT content consumption during and right after, and see if there were any trends to learn from.

Gradual But Sustained Adoption of On-Demand Content Through Digitalization

Such data points towards the fact that the need for on-demand digital entertainment may have been pervasive for a while now. However, it was witnessing slow but steady uptake in the years preceding this accelerated adoption rate. And in this aspect, internet accessibility and affordability of digital devices such as smartphones served as the primary disrupters to drive the rapid expansion of the segment.

If the rise of internet technologies and mobile devices mark the first wave of a digital content revolution, then the pandemic acted as the second stage that consolidated its role. Online video content took a leap to occupy 82% of the overall internet traffic, which greatly skewed Cisco’s previous estimates.

The graph below indicates how OTT video retail revenue witnessed an uplift in the wake of the COVID-19 pandemic in certain select countries (Europe, UK, USA, Australia). The dotted lines broadly indicate an upward trend for the years 2020 and 2021, while traditional linear content took a significant hit.

Governmental and regulatory actions such as the imposition of lockdowns, stay-at-home orders, and suspension of travel or social activities also changed the digital media landscape and unlocked opportunities for other media channels, such as live streaming and audio formats.

As a result, content consumption saw a massive increase, especially in emerging markets like India, Brazil, China, and South Africa, when compared to the OTT consumption patterns of 2014.

To illustrate this effect, look at this case study of India.

The pandemic elicited a knee-jerk reaction from the public as one could see a noticeable peak in digital content consumption, through the following trends:

As the number of OTT platforms touches 90, the rising popularity of music or video streaming could be due to the content quality, perceived entertainment, changing audience preferences, internet access speeds, device proliferation, affordability of the internet, customization of content, and growth of new technologies.

India is just one shining example of how OTT content consumption patterns have changed during the pandemic. At a global scale, some of the trends that came to light include:

Post-COVID Trends to Define the Future of OTT Platforms

While OTT platforms may have witnessed unprecedented growth during the pandemic, they have now hit a saturation point. The entry of new and hungry players also intensifies the competition for audience interests. As such, the future of OTT rests with the customer.

For starters, the demand for original content is on the rise, and OTT platforms will have to find ways to generate content to cater to these needs. At the same time, they will also have to make smarter content acquisitions that can keep their target audiences hooked.

On the other hand, businesses will have to discover ways to make their platform stand out. Elevating the customer experience could be one such strategy to gain the upper hand. Enhancing display quality without high bandwidth consumption could be another.

While there may not be a lot of scope in enhancing the user interface (provided that you have carried out the basic performance optimizations), there lie immense opportunities in service personalization through content recommendation engines.

Finally, businesses will also have to address challenges related to pricing models while discovering non-intrusive and hybrid revenue channels.

Staying a Notch Above the Rest

With large volumes of content being consumed, content recommendations will play a vital role in maintaining user engagement and reducing churn. It could be one of the first considerations to power up an OTT platform and make it future-ready. 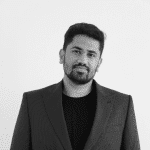 Gokul is the CEO and co-founder of Argoid; an AI-driven recommendation engine for streaming/OTT media and ecommerce businesses. A self-driven entrepreneur with a deep passion for technology and business, Gokul built the company, ground up from prototype to fundability & traction within a year.

Prior to Argoid, he served as the CTO for Sentienz and led development for the cognitive data platform. He has worked at Flipkart, Goldman Sachs, Huawei, and Honeywell in the past.

He has made fundamental Open Source contributions - on Hadoop, contributed to the stabilization of initial versions of HDFS, and Kafka as the creator of Kafka Balancer