Dolby and DTS – two iconic names in the entertainment industry – and “surround sound” are the subjects of this article. Sounds attractive?

What exactly is surround sound? Are Dolby and DTS the same?! What is the difference (if at all!) between Dolby Digital, Dolby Digital Plus, DTS, Dolby Atmos, and DTS:X?

If you are thinking, “all of this sounds like a top-drawer marketing trick to sell home theaters, TVs, and promote movies…” you’re not alone!

Read on to find the answers …

But before that, you may want to read the first article in this series on audio processing if you need a simplified intro to the basics of digital audio.

What is Surround Sound?

The term “surround sound” is used to describe sound systems capable of producing a  sensation of sound from all directions surrounding the listener (i.e., 360 degrees) at ear level.

Sounds produced by stereo systems, comprising of a left and a right speaker, can only seem to originate from the front of the listener. However, this configuration can create perceptions of left and right directions.

Surround sound systems extend the “sound field” to all directions surrounding the listener, including the sides and rear, by using additional speakers placed strategically.

Difference between 5.1 and 7.1 Surround Sound

The most common surround sound speaker layout is “5.1”.

“5.1” indicates that it has five main (full audio spectrum) channels and one low-frequency enhancement (LFE) channel. The 5.1 system is widely used in home theaters.

The following figure shows the recommended layout for a 5.1 speaker surround sound system.

Note: The subwoofer (used for playing the LFE channel) can be placed anywhere.

A 7.1 system, less common than 5.1, uses four surround speakers apart from left, right, and center. The idea here is to split the side and rear sound effects. In this layout, two of the surround speakers are placed to the side of the listener (close to 90 degrees) and another two to the rear.

The concept of surround sound described in the previous section has been taken to the next level with “immersive sound.”

Imagine scenes of an airplane flying overhead, birds flying across, or rain. Immersive sound aims to provide a close-to-real sensation of the visuals on the screen, placing you in the middle of the action.

Many immersive sound systems use height (overhead) speakers in addition to ground-level speakers. For example, a 7.1.4 system uses four overhead speakers on top of a standard 7.1 system.

Check out this link on Dolby’s website for some expert advice on speaker placement for surround and immersive sound effects.

The term “object-based audio” is also used for immersive sound technologies as they allow modeling of sound sources along with their coordinates in 3D space as “objects.” This differentiates them from earlier “channel-based” surround sound technologies where directors had to mix the sounds from a scene into pre-determined channels.

Audio objects also open up possibilities for the personalization of audio delivered to consumers. Consumers can switch off / on or play up / down the volume of different audio objects based on their needs, preferences, hardware capability, or listening environment.

For example, many listeners might want to boost the dialogue a bit. But this feature requires a good deal of improvisation in the production workflow and infrastructure all across the ecosystem and not yet widely prevalent.

The recording should have produced the channels tailored to be played on the front, surround, and LFE speakers. Then the codec should support the encoding and identification of all the channels in its bitstream. Finally, the playback system should have the needed number of speakers placed optimally.

In the case of object-based audio, audio objects (soundtracks with associated metadata indicating spatial coordinates and other information useful for rendering) also need to be embedded in the encoded bitstream.

Recording, mixing, and encoding are part of program production. As long as the surround channels and audio objects are included in the bitstream, “surround virtualization” algorithms can simulate surround effects (to a lesser extent) even on playback systems with a lesser number of speakers.

Let us now take a look at the popular codecs used for surround sound.

The name Dolby Digital immediately pops up in the minds of many when they think about surround sound. Indeed, the surround sound marketplace is well and truly dominated by Dolby with its various technologies (Dolby Digital being just one of them).

Another well-known name in this space is DTS.

DTS is Dolby’s fierce rival, which has a product or technology to match most of Dolby’s.

Dolby and DTS technologies deliver essentially the same results to customers and end-users but differ in their technical implementation and specifics (which they have to, obviously!).

For most people, apart from audio professionals, it’s not very important to know if / which one of them is technically “better.” Both of them sound great.

Related:  Is Your Audience Ready For HEVC, AV1 and other new codecs?

Almost all consumer playback devices for surround sound applications (AVRs, soundbars) support both of them. End-users have to go by the choice made by directors of movies, TV programs, or music records. Burning audio into one of the surround sound formats is mostly in the realm of audio professionals.

But Dolby undoubtedly has far more adoption in the cinema and broadcast audio ecosystem. Far more movies, music, live and recorded TV programs are produced in Dolby formats than DTS. Support for Dolby formats is mandatory in many digital broadcast standards across geographies.

Despite all the hype surrounding Dolby and DTS, they are by no means the only surround sound technologies that are prevalent.

Let me now list down the major surround sound technologies for reference and their use-cases.

Dolby Atmos is an object-based audio technology. Originally released for cinemas, Dolby later rolled out Atmos for a variety of devices including home theaters, smartphones, and wireless speakers.

The decoders used in Atmos are Dolby Digital Plus, Dolby TrueHD, and Dolby MAT. Dolby has enhanced all these codecs with support for object-audio metadata along with legacy channel decoding. Dolby Digital Plus is intended for OTT and broadcast, TrueHD (a lossless codec) for Blu-ray Discs, and MAT for gaming.

A post-processor named the Object Audio Renderer translates the soundtracks and the metadata in the bitstream into channels based on the number and characteristics of the speakers available in the playback system.

Atmos supports 10 “bed” channels and 118 audio objects in the bitstream. It offers output support for 24.1.10 speakers!

DTS Coherent Acoustics is DTS’s base codec for 5.1 Surround. It is based on ADPCM (Adaptive Differential Pulse Code Modulation). As a result, DTS typically has higher bit rates than Dolby AC-3 which uses MDCT. Conversely, the higher bit rates also mean that it is generally less lossy than AC-3.

DTS:X is an object-audio technology and a competitor to Dolby Atmos. It is based on a similar architecture as Atmos, i.e., a decoder followed by a post-processor.

DTS Headphone:X is a virtual surround technology intended for headphones in gaming applications.

I hope you found this helpful. Thank you for reading. 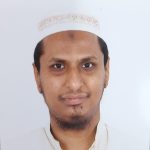