The Versatile Video Coding (VVC / H266) standard was released in July 2020 and became the successor of High-Efficiency Video Codec (HEVC / H265). Tests show that VVC saves up to 30% bitrate resources, but this is paid back with increased algorithm complexity. Some of the novations appeared in the transform part of VVC.

Kirill is a Software Engineer in the DVK department at ViCueSoft. He is part of the team responsible for the development of the VVC random encoder, bitstream packet generation, and technical documentation.

What do we know about the transform?

Transform is a type of data compression; its primary goal is to map images or their residual data onto the transform area.

Block-based transform coding is used for the predicted residual block, where the low-frequency components of the transform coefficients obtained after the transform are concentrated in the upper left corner of the block, and the high-frequency components are in the lower right corner. In this article, we will observe new features of block-based transform: Multi Transform Selection (MTS), Low-Frequency Non-Separable Transform (LFNST), and Subblock Transform (SBT).

If we compare VVC with HEVC, more attention is paid in VVC  to quantize transformation matrices more accurately to save their orthogonality. In order to keep the intermediate value of the transform coefficient within the 16bit range after the horizontal and vertical transform, all coefficients are 10bit.

To increase control efficiency in MTS, both the intra/inter modes are specified. To turn on MTS, it needs to be enabled at SPS and CU levels, and the following conditions should be met:

DCT-II transform mode is applied for both directions if the MTS flag at CU level equals 0. Maximum values of this transform mode for both width and height increase up to 64.

Here you can see mode combinations for different blocks:

Here we can see which MTS modes were used for transformation in every block of our demo stream. To visualize it, we will use VQ Analyzer ver. 6.0.

And here are all possible variants of MTS:

The example of MTS work is shown in pic 5.

Another new feature that was implemented in VVC transform part is Low-Frequency Non-Separable Transform (LFNTS). LFNST can be applied only for intra block for both luma/chroma components.

And this block can be presented as a one-dimensional vector:

Related:  What is Video Encoding or Transcoding - Complete Guide

LFNST uses a matrix multiplication approach to decrease computational complexity, save memory space, and store the matrix coefficients. It is good if the matrix dimension can be minimized. Thus, the idea is to map the N-dimensional vector to the R-dimensional vector, where N > R and N/R is the reduction factor. For 8×8 LFNST, the reduction factor is 4, so the transform matrix is 16×64. But in later stages of VVC, it was further reduced to 16×48.

Matrix dimensional reduction helped to decrease the memory usage for storing matrices from 10Kb to 8Kb without much performance degradation.

On the decoder side, the inverse process of LFNST uses the transposed matrix of the forward transform matrix.

These LFNST transform matrices T can be represented as follows:

All these matrices are precalculated and stored on the encoder/decoder side.

It is important to note that LFNST and MTS are connected: if LFNST is enabled, only DCT-II mode (MTS index = 0) can be applied.

At last, let’s see how LFNST works on actual blocks. Here we use VQ Analyzer 6.0 to visualize this process.

SBT mode has the following modes in which it can be specified:

So, SBT 8 cases can be represented (as Cartesian multiplication of different modes, specified above).

It is important to note if the partition is 1:3 or 3:1 (QUAD modes), the non-zero residual is located only in a smaller region.

Here you can see the example of SBT position, type, and transform type:

The important constraint is that SBT cannot be applied to CU, which is coded with combined inter-intra mode.

That is all about the new features of transform that we wanted to describe in this article. Hopefully, it will be helpful, and you have enjoyed reading it. 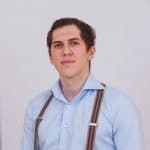 Kirill is a Software Engineer in the DVK department at ViCueSoft. He is part of the team responsible for the development of the VVC random encoder, bitstream packet generation, and technical documentation.